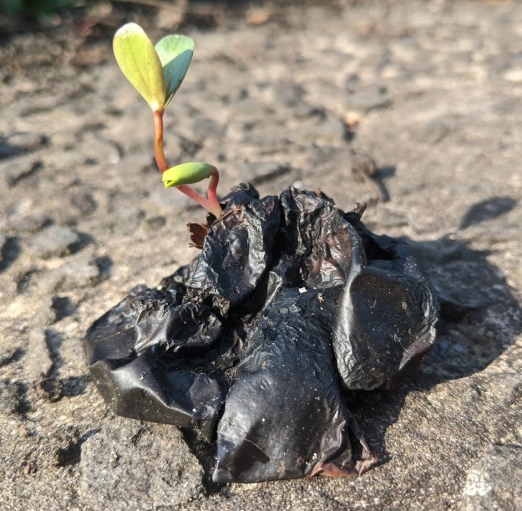 It was 2012, and I was in a bed at Kingston Hospital. I felt like every single cell in my body was violently throwing up, and that I was lying in a lake of that boiling, stinging cell-vomit. My mouth was drier than the Atacama desert (the driest place on Earth, according to Wikipedia). I was completely consumed by nausea and wasn’t aware of my collapsing lungs and my body’s struggle to get oxygen into my circulation.

I must have been quite poorly, because when my sister arrived, she saw my oxygen sats were 75. Too low to keep me going for long. She slammed the emergency button and started manically fiddling with the medical equipment (I have no idea to this day what they were giving me). As medical staff rushed round me, the only voice I remember hearing was my Dad’s, cracking with emotion, saying ‘I thought somebody was going to let me speak to a doctor.’

I shouldn’t have been on a general ward, but there wasn’t any space for me on a high dependency unit. I felt like I’d fallen through the cracks in their care. Whenever I have a fever, I become deeply confused and have almost no insight. I wasn’t aware I was acutely ill and couldn’t tell the doctors. Partly because I was mostly unconscious. But also the confusion.

I remember, despite my obvious illness, my complete inability to communicate to the doctors that I couldn’t breathe through my nose. It was simply too full of snot. Yet they kept putting me on the blasted nasal cannula oxygen. Eventually my sister firmly yelled ‘SHE CAN’T BREATHE THROUGH HER NOSE’ spurring them to finally put me onto an oxygen face mask.

My collapsed lungs were disgustingly sticky, every time I took a deep breath, I could feel them peeling themselves open like two sides of an overly warm egg mayonnaise sandwich. It was my job over the coming days too cough up all the skank puss/ dead white cells/ mucus that had accumulated in my lung bases. It was agony, every cough felt like my stitches would burst open, causing my liver, pancreas, kidneys and intestines to fly across the room at force.

I recovered quickly once given oxygen and the antibiotics had worked their magic. Within 5 days or so, I was sitting up, happily bolting down food and then vomiting it back up minutes later. My appetite has always been strong, even after open surgery on my abdomen.

And so it was, the Epstein Barr virus settled down for the long haul in my glands, I recovered from the glandular fever and started to comprehend the fact that my spleen had just exploded.* The surgeons insisted to me that it would have no effect on my life; that I could live a totally normal life.

That lie still greatly pisses me off. I don’t care if I was ill, I deserved to know the truth. Because being immunocompromised with regard to specific bacteria is deeply irritating, especially when you have a love of camping, the rain forest and animals. All the things I love that unfortunately carry bacteria which could now be lethal to me.

And here we are in this strange medical crisis! Like so many others, I sit here in my house for months on end. I was one of the lucky bastards who received ‘the letter’ from the GP. Advising me not to leave the house for 12 weeks for any reason, and giving me cheery advice such as ‘sit somewhere where you can see out a window’. And the fact that it’s stopping me from getting on the wards and helping out hurts so much. After all this training, my life has been halted by silly glandular fever I caught 7 years ago by sharing some cutlery with a promiscuous housemate.

My future in medical school is now uncertain. I don’t actually know *how bad* it would be if I caught COVID-19, I can’t find any data on the ability of spleenless humans to cope with viral infections. I have to entertain the idea that it might be *bad*. But if there’s no vaccine, how can I return to the wards? Should I risk it for a chocolate biscuit and just go back anyway? Or be sensible and put my health first?

I’m also fully aware that I’m being a self-centred moany little child. COVID-19 is tearing people’s lives apart one pneumocyte as a time, and I’m beyond blessed to be able to live by the beach in Swansea with my lovely housemates. I’m just struggling to pull together the threads of my uncertain future.

On the other hand, if my spleen had never exploded, I might never have turned towards a medical path. I’ve got to make sure I never lose sight of that fact that being really ill is properly shit, and I should avoid that if possible.

Beautiful lovely things can come out of shitty situations, and like my little apple tree I’ve got to turn my face to the sun and be hopeful.

*My spleen spontaneously ruptured as a result of the Epstein Barr virus (which had caused glandular fever), causing me to internally bleed into my abdomen until I passed out and was taken to hospital. They diagnosed grade 4 splenic rupture and removed my spleen. Apparently, people with coeliac disease have goofy spleens anyway, and for anyone with glandular fever there’s a chance their spleen might rupture.